The most important thing is to Understand the Threat

David Aucsmith is a senior computer scientist and technology leader with a deep technical understanding of computer and communications security garnered from over thirty years of experience in industry, government, and academia.

He has worked in a variety of security technology areas including secure computer systems, secure communications systems, security architecture, random number generation, cryptography and cryptographic systems, steganography and network intrusion detection.  Aucsmith is a former officer in the U.S. Navy and has written extensively on cybercrime, cyber espionage and cyber warfare.

He is a representative to numerous international, government and academic organizations including the National Academy advisory board on Survivability and Lethality Analysis and the Directorate Advisory Council for the National Security Directorate of Pacific Northwest National Labs.  He is co-chairman of the FBI’s Information Technology Study Group, a member of the President’s Task Force on National Defense and Computer Technology and a member of the Department of Defense’s Global Information Grid Senior Industry Review Group.  Aucsmith was also U.S. industry representative to the G8 Committee on Organized, Transnational, and Technological Crime where he participated directly in the G8 summits in Paris, Berlin and Tokyo.

Aucsmith holds 33 patents for digital security and is a member of the advisory board for the College of Computing at the Georgia Institute of Technology.  Aucsmith holds a BS degree in biochemistry from the University of Georgia and MS degrees in physics from the Naval Postgraduate School and information and computer sciences from the Georgia Institute of Technology respectively.  Additionally, he has a Certificate in Fine Arts Photography from the University of Washington.  He currently lectures at the Naval Postgraduate School and the USAF Air War College.

For over thirty years, we have been researching and writing on the evolution of the Internet from its beginnings as a disjoint collection of computing devices into the domain of war that is now cyberspace – a contested global common through which travel the command, control, communications, intelligence, surveillance, and reconnaissance of armies and the essential trade and commerce of nations.  Cyberspace is the global "center of gravity" for all aspects of national power, spanning the economic, technological, diplomatic, and military capabilities a country might possess.  It is also the enabler of cybercrime, cyber espionage, and cyber warfare.  It is only from an historical view that the nature of cyber conflict can be assessed.  Over time, we have witnessed the maturation of principles, tactics, and limitations.  Understanding them is key to cyber defense, whether individual company or nation state.

Disintermediation of government in cyberspace

The Internet is a force of economic disintermediation.  It has directly connected producers to consumers –  removing any intermediary whose sole value was to bridge that gap.

While business processes have been disintermediated, so has crime.  The Internet directly connects criminal organizations to their victims, enabling personal crime over great distances and at large scale – disintermediating street thugs and purse snatchers.  The organs of government whose sole value is to provide safety and security have been disintermediated.  Unlike the physical world, every cyber entity must have the capability of  self-defense. 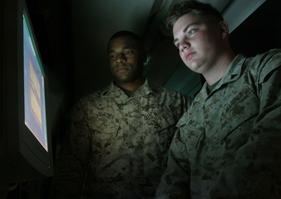 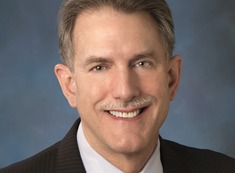 Learning from the other domains of war

Cyberspace, like all domains of war, is a contest between adversaries.  History has taught us much about adversarial relationships, such as the need for movement and intelligence.